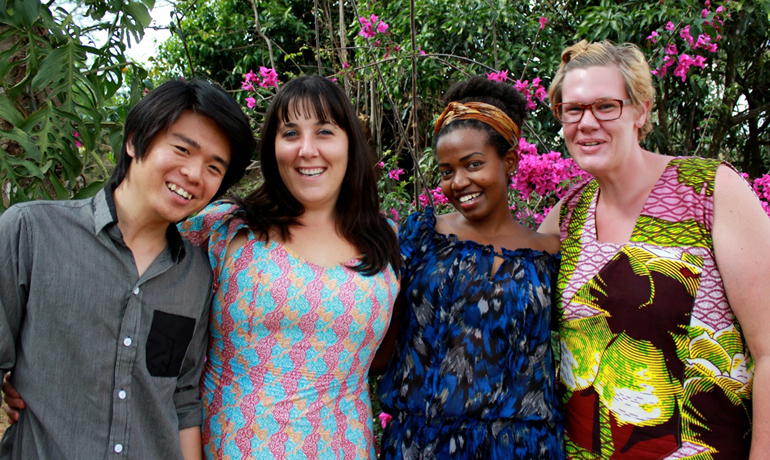 28 March 2014. University for Peace Campus - The Jessup International Moot Court Competition is the world's largest and most prestigious moot court competition, drawing over 550 teams from top law schools representing close to 100 countries. The competition is a simulation of a fictional dispute between states before the International Court of Justice (ICJ). Teams are required to submit memorials and prepare oral pleadings for both applicant and respondent.
This year the UPEACE Jessup International Moot Court Team is composed of four students: Marie France Vary from North America (Canada), Maria Persson from Europe (Sweden), Lilian Asiimwe from Africa (Rwanda), and Kitprasert Nopparat from Asia (Thailand).

The UPEACE Team, like thousands of law students from around the world, has been preparing since September of last year on the 2014 Jessup Problem: the conflict between maritime development and conservation, criminal jurisdiction and maritime salvage rights. After submitting their final memorial in January, they have advanced to the final competition held from 6 April 6 to 9 April 2014 in Washington, DC.

The UPEACE Jessup Team is currently raising funds to support their travel to the United States. You can donate online to their campaign here.

Watch the team in action!
https://www.youtube.com/watch?v=l5lgdlgobvg