Climate Pioneer and Former Rector of the University for Peace, Dr. Maurice Strong, passes away at 86

Climate Pioneer and Former Rector of the University for Peace, Dr. Maurice Strong, passes away at 86 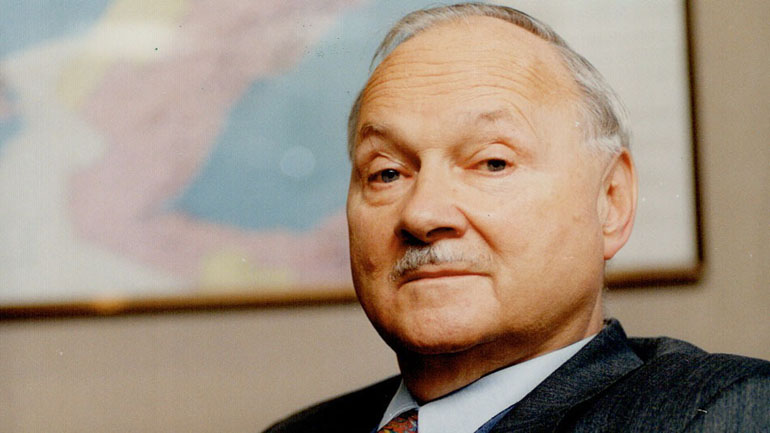 Dr. Strong was an entrepreneur, environmentalist and one of the world’s leading proponents of the United Nations' involvement in world affairs, a visionary and forerunner whom the world will remember for his contributions to global sustainable development.

In 1999, at the request of then-UN Secretary-General Perez de Cuelar, Dr. Strong was given the challenge of trying to restore the viability of the University for Peace, which at that time, was subjected to inoperative governance. As Chairman of its governing body, Dr. Strong led the important process of revitalizing the institution and helped to rebuild its academic programs and launch a new era of leadership. He retired from the UPEACE Council in the spring of 2007.

Achim Steiner, UN Under-Secretary General and Executive Director of UNEP, had the following to say: “As the Paris Climate Conference commences, we hope his words echo strong. I reiterate his message to the 2014 UN General Assembly calling on world leaders to ‘rise to their historic responsibility as custodians of the planet, to take decisions that will unite rich and poor, North, South, East and West, in a new global partnership to ensure our common future'”.