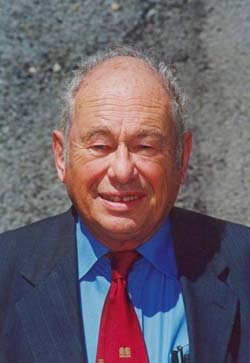 10 October 2014. University for Peace Campus - It is with great sadness that UPEACE acknowledges the passing of Professor Emeritus Dr. Gerardo Budowski on 8 October 2014. Dr. Budowski was instrumental in the development of the University, not only did he start the Environmental programme but he also served in positions such as Interim Rector and Vice-Rector.

He was awarded the title of Professor Emeritus for his vision in the relation between peace and the environment in 2008.  UPEACE is indebted to Dr. Budowski for the prestige he brought to the Institution at a difficult moment.

Dr. Budowski was a well-respected academician and well-known scholar in forestry around the world. An avid and skilled chess player, who always had a smile to share with his colleagues and visitors.

At UPEACE he will be remembered with great appreciation and gratitude.