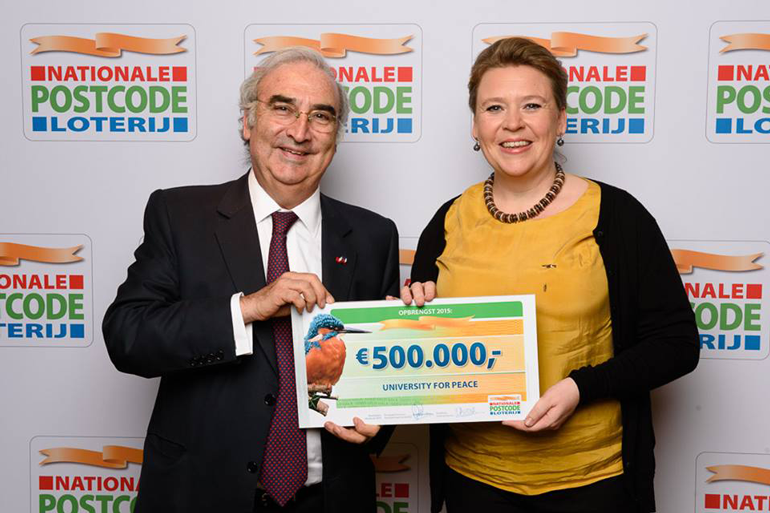 At this event the University for Peace was honoured the annual grant of 500.000 Euros to continue its important mission to educate people for peace. UPEACE Rector Francisco Rojas Aravena was in attendance to receive the donation on behalf of the University.

During the charity gala, the lottery proudly announced that thanks to its 2.7 million participants, who bought more than 4 million lottery tickets collectively, a total of 328 million euros will be distributed to non-governmental organisations in 2016.

The Dutch Postcode Lottery has been raising funds since 1989 to support organisations working towards a fairer and greener world. Fifty percent of the lottery’s annual turnover goes to charity. The lottery has steadily grown to become the biggest charity lottery in the Netherlands and supports 95 non-governmental organisations. Since its founding, the lottery has dispensed over 4.7 billion euros to its beneficiaries.