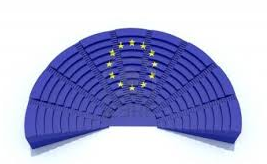 17 October, 2013. University for Peace Campus - Enrique Barón, Former President of the European Parliament, addressed students, faculty, representatives of the diplomatic corps and international organizations at the University for Peace with a speech entitled "The European Union, Weaver of Peace." The speech outlined the historical evolution of peace in Europe – marked by wars and conflicts that resulted in severe economic, political and human repercussions, especially between neighbouring countries, and eventually, to the creation of the European Union. Europe’s transformation, Baron emphasized, has been possible “thanks to the patient and lasting work of political weaving of the peace banner.”

The Nobel Peace Prize awarded to the European Union in 2012 was a recognition of “over six decades that contributed to the advancement of peace and reconciliation, democracy and human rights in Europe,” Barón said.

Conversely, he questioned the European Union’s ability to endure and overcome the current economic crisis while strengthening their common project. “Most of us think that we must go on, by carefully weaving together the fabric of a more United Europe, and some think they are trapped in a spider web,” explained Barón.

The future of the European Union is uncertain, he continued, and we must find a balance of power. The challenge is to fit the new economic paradigm into the framework of the United Nations, not to replace it. Baron concluded that 2014 is an opportunity for education, healthcare, and welfare that cannot be missed.

Enrique Barón Crespo is a Spanish politician, economist, and lawyer. He is a member of the Spanish Socialist Workers' Party and sits with the Party of European Socialists group in the European Parliament. Enrique Barón graduated in law from the University of Madrid and in business at the prestigious ESSEC Business School in Paris, in 1965. As a practising lawyer, he specialised in labour law, and acted for defendants in political cases (1970–1977). He was a Deputy in the Courts (1977–1987) representing Madrid region and was Minister of Transport, Tourism and Communications (1982–1985). After election to the European Parliament, he was President of the European Parliament (1989–1992) and PES Group chairman (1999-2004). He was Chairman of the Committee on Foreign Affairs (1992–1995). Bar?n is a member of the Board of Advisors of the Global Panel Foundation and the Advisory Board of think tank Gold Mercury International, London, UK.