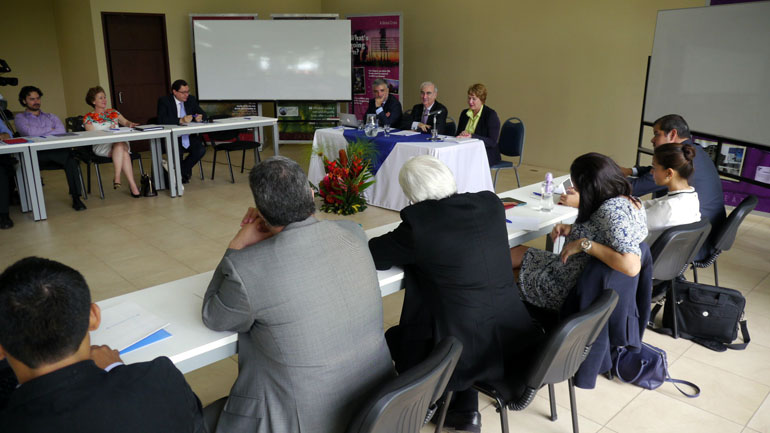 The event gathered together members of the judiciary, academy, NGOS, the Inter-American Court of Human Rights, practitioners from Central America, and Mexico, including, Guatemala, Honduras, Nicaragua, Costa Rica, and Dominican Republic.

A second seminar will take place in Colombia on Friday 31 October 2014.  This event will study the cases of South America with the participation of the General Secretariat of the Andean Community, Colombia, Peru, and the Andean Commission of Jurists.

Both seminars will present an initial core document on the subject, which allows an exchange of ideas, concepts, analysis, and information between different academics, judges, and representatives of civil society entities and institutions linked to national and international justice. 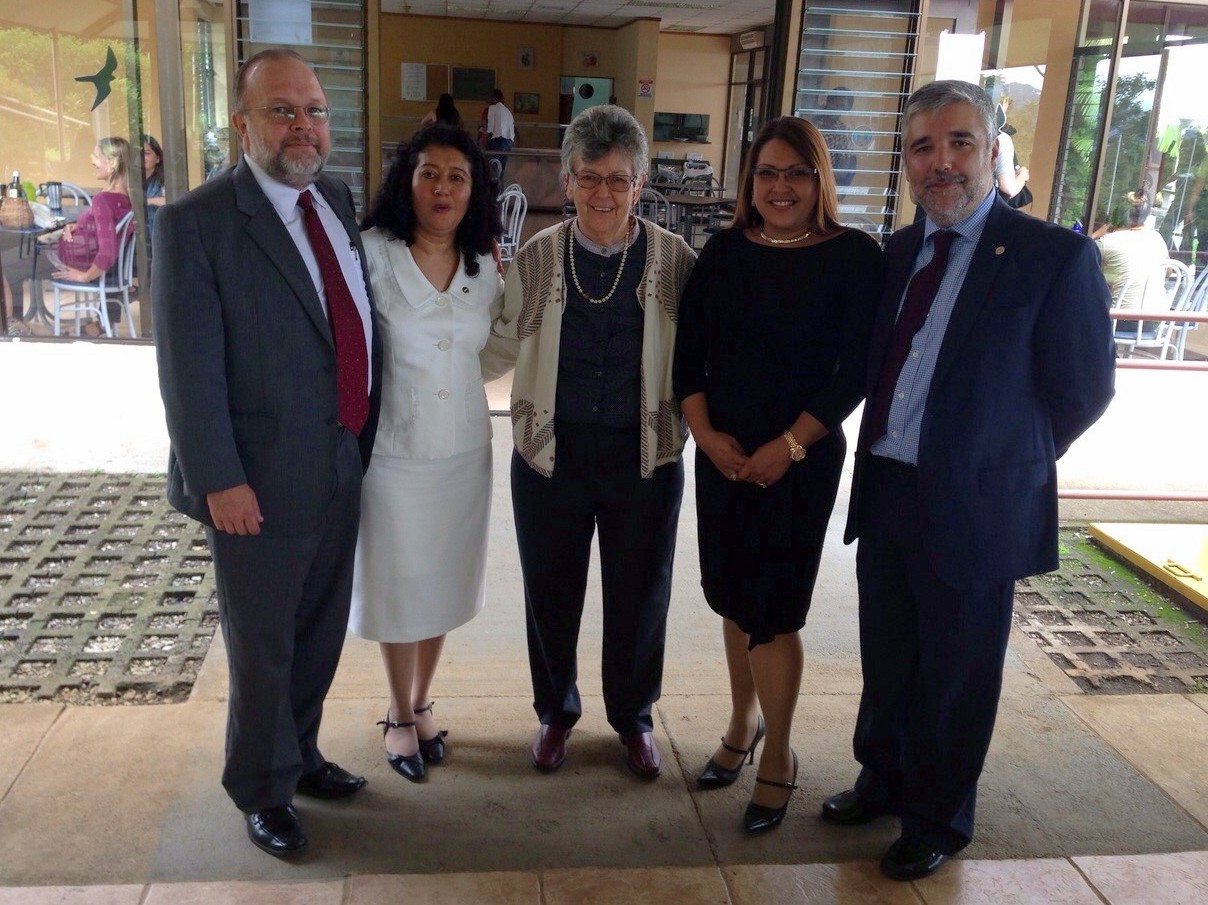 In the picture: Judge Dr. Yassmin Barrios (Guatemala), Elizabeth Odio (Costa Rica) Vice-President of the International Criminal Tribunal for the former Yugoslavia (ICTY),  in 1998 and President of the Working Group on the Optional Protocol to the Convention against Torture and Other Cruel, Inhuman or Degrading Treatment or Punishment, Adriana Orocú, President of the Judges Association Costa Rica, Former Prosecutor Francisco D`Allanese, (Costa Rica) and UN Commissioner Against Impunity in Guatemala, Dr. Juan Carlos Sainz-Borgo, Dean of Academic Affairs.