Meeting at the International Criminal Court

Meeting at the International Criminal Court 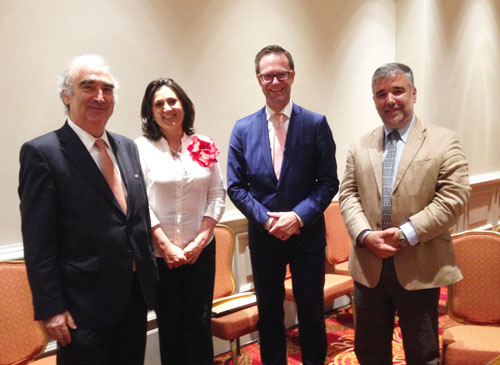 Rector Rojas introduced University for Peace (UPEACE) to the ICC and discussed the possibilities to enlarge the current collaboration between the two instituions, given the common objectives of promoting peace and ending impunity. As part of the association between institutions a UPEACE student from the Department of International Law and Human Rights is currently doing her internship at the ICC.

The Registrar expressed the interest of the International Criminal Court to continue exploring academic areas of common interest, especially in the areas of International Law, Criminal Law and Human Rights.  The representatives of the two institutions will continue the exchange to promote new iniatives to strengh the ties.