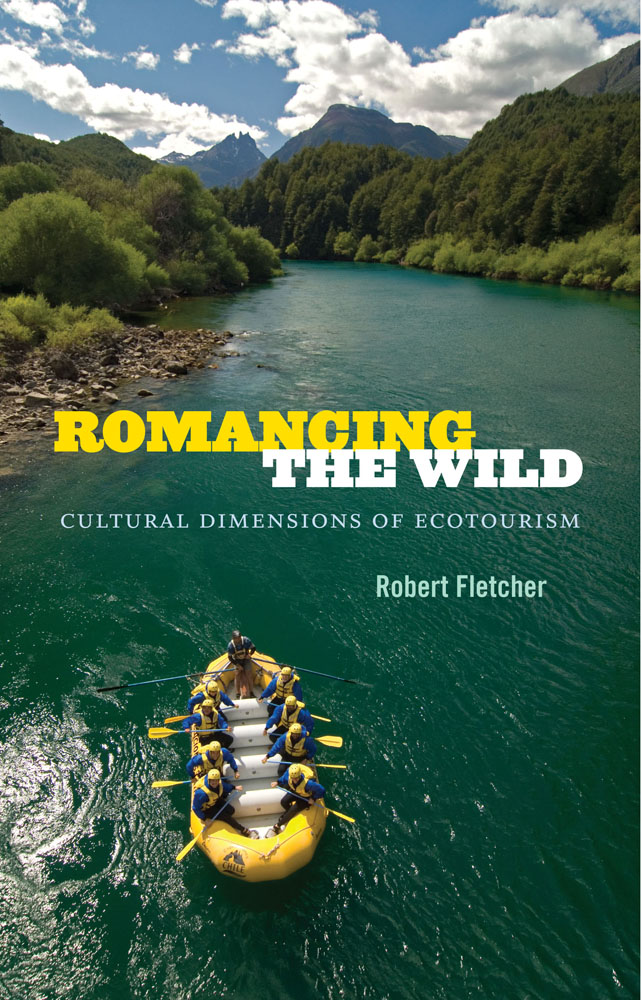 14 March 2014. University for Peace Campus - The worldwide development of ecotourism—including adventures such as mountain climbing and whitewater rafting, as well as more pedestrian pursuits such as birdwatching—has been extensively studied, but until now little attention has been paid to why vacationers choose to take part in what are often physically and emotionally strenuous endeavors. Drawing on ethnographic research and his own experiences working as an ecotour guide throughout the United States and Latin America, Robert Fletcher argues that participation in rigorous outdoor activities resonates with the particular cultural values of the white, upper-middle-class Westerners who are the majority of ecotourists. Navigating 13,000-foot mountain peaks or treacherous river rapids demands deferral of gratification, perseverance through suffering, and a willingness to assume risks in pursuit of continuous progress. In this way, characteristics originally cultivated for professional success have been transferred to the leisure realm at a moment when traditional avenues for achievement in the public sphere seem largely exhausted. At the same time, ecotourism provides a temporary escape from the ostensible ills of modern society by offering a transcendent "wilderness" experience that contrasts with the indoor, sedentary, mental labor characteristically performed by white-collar workers.

Praise for ROMANCING THE WILD
"In Romancing the Wild, Robert Fletcher examines the cultural processes embedded in, and brought to light by, ecotourism practices. Through vivid ethnography and careful conceptual framing, he shows ecotourism to be an organized system of ideas, practices, and values that produces places and peoples, and structures the interface between the natural and the cultural. Fletcher reads ecotourism through critical political economy, poststructuralism, and psychoanalysis and unpacks it as work, leisure, production, and consumption. With this, he gives the reader a truly anthropological view of one of the most enduring artifacts of modernity."—Paige West, author of From Modern Production to Imagined Primitive: The Social World of Coffee from Papua New Guinea

"Thorough and sophisticated, Romancing the Wild is likely to become the key scholarly reference in contemporary studies of ecotourism. Its scope and depth mean it is a very useful resource for anthropologists, sociologists, historians, and geographers alike. It has even broader theoretical significance as a fascinating sociocultural analysis of contemporary ecotourism as a phenomenon of late-industrial society."—Rosaleen Duffy, author of Nature Crime: How We're Getting Conservation Wrong

For more information, and to order the book directly from Duke University Press at a 30% discount please visit https://www.dukeupress.edu/Romancing-The-Wild  and enter the coupon code E14FLETC during checkout.