New visiting researcher at the Department of Environment and Development

New visiting researcher at the Department of Environment and Development 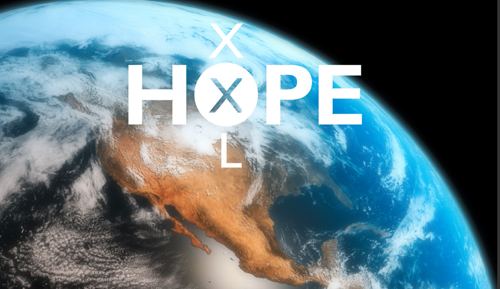 3 February 2015. University for Peace Campus - The Department of Environment and Development is glad to announce their new visiting researcher from Finland, Toni Ruuska, for six months. Mr. Ruuska is a doctoral student from Aalto University, Helsinki, and has background in Organization and Management Studies. He's current research focus is on Environmental Social Sciences, namely Marxism and Ecological Marxism.

To introduce Toni to you all, we asked few questions from him.

Why did you choose to come to UPEACE, Toni?

One often hears from free trade enthusiasts that economic growth that the constant expansion of international trade has broad peace to a world that used to be fragile and volatile. The planetary ecological crisis, however, not only welcomes but begs to reconsider this proposition. In fact, in my mind severe environmental degradation, possibility for abrupt climate change, and almost ubiquitous natural resource depletion call for drastic reorientation in the business-as-usual. To put it bluntly, I travelled to the other side of the Earth (not only to UPEACE but to Costa Rica) to deeper my understanding about alternative ways of living, which would be in harmony with our precious planet.

What's you line of research and who do you currently work with?

In my research I’m mostly concerned with so-called eco-Marxist theory, but my analysis extend also to other fields of Marxism. I’d perhaps locate myself in the structuralist and materialist school following the footsteps of Karl Marx, Louis Althusser, Antonio Gramsci, and Nicos Poulantzas, and in our time especially John Bellamy Foster. In UPEACE I’ll also have a great opportunity to reunite with a very close colleague, collaborator and friend Pasi Heikkurinen.

My work and ambitions, however, are not limited to the academic realm. The more I learn and understand about the world we’re living in, the more I feel that one has to get involved personally. As the classic Marxist saying goes: goal is not (only) to understand to world, but to change it.

Could you please tell us a little bit about your dissertation?

The working title of my PhD is "Beyond the absolute contradiction - Reproduction of capitalism in the 21st century", and the keywords would be capitalism, reproduction, ecological sustainability, accumulation, natural resources, ideology, neoliberalism, and higher education. The thesis starts off with the absolute contradiction between capitalism and sustainable development, i.e. finite planet and limited natural resources in contrast to expansive system driven by profit and accumulation. After discussing the impacts of modern capitalist growth economy on the environment, I move on to study capitalism as a socio-economic structure. Louis Althusser’s theory of ideological state apparatuses and Antonio Gramsci’s theory of cultural hegemony are applied to investigate the structures, practices and power relations intended to protect and secure the expansion, accumulation and profit-orientation of capitalism.

In order to build synthesis between these to authors and their approaches to ideology, domination and state, I make use of Nicos Puolantzas’ theory of the capitalist state. Based on this synthesis I then analyse higher education and international neoliberal education reforms from the beginning of 1980’s to the present day. This particular economic and social policy transformation within capitalism from post-World War II social democracy to present day neoliberalism is then contrasted back to the general reproduction of capitalism. It is concluded that as a part of this transformation higher education has been coupled more closely with the needs of the private sector, resulting to more instrumental and one-dimensional education policy, which from my point of view is in line with the overall theory of reproduction, but also with the needs of capital and its accumulation.

Thank you, Toni, and welcome again to the UPEACE community!