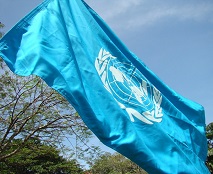 11 October 2013. Oslo, Norway - The Norwegian Nobel Committee announced that the Nobel Peace Prize 2013 has been awarded to the Organization for the Prohibition of Chemical Weapons. The University for Peace welcomes this decision, reaffirming that disarmament is one of the pillars of the search for peace.