Peace initiative with Tico identity on its way to Sarajevo

Peace initiative with Tico identity on its way to Sarajevo 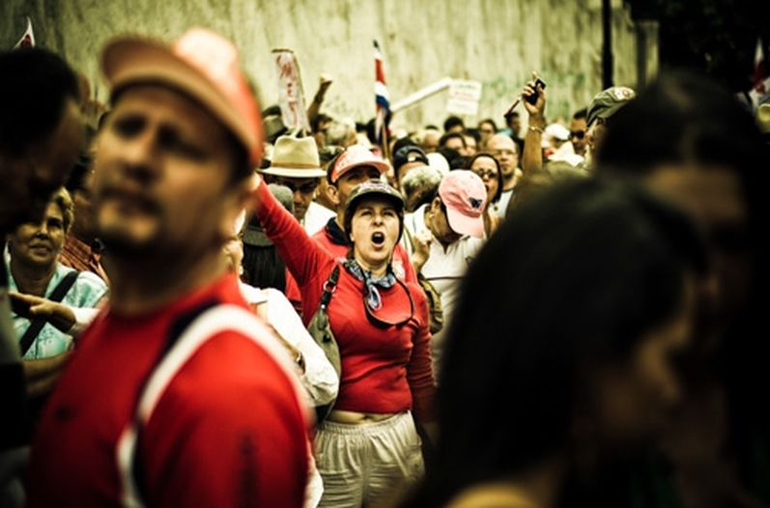 2nd of June, 2014. Costa Rica - Four Costaricans will be part of the Sarajevo Peace Event 2014, thanks to the Ecosistemas de Paz Project.  From the 6th to the 9th of June, Nobel Peace Prize winners and more than 50 organizations and activists will get together to conmemorate the 100th anniversary of the beginning of the First World War.  The idea is to remember that much work needs to be done in furthering peace awareness in the world.

Ecosistemas de Paz will bring a vivid account of Costa Rica's peace and non violence culture by sharing an expose of photography.  “In addition to the display of photography Ecosistemas de Paz will provide an interactive workshop, theoretical framework and guided tour will display Costa Rica's culture of peace.  Though this culture of peace might be taken for granted by Costa Rican's, this exercise will allow for others to experience the essence of our country and how this is part of our idiosyncrasy”, as explained by Silvia Espinoza, one of the founders of the concept, resident of Paris, and co founder of the Costa Rican Association in France (ACRF).

The creators of this project feel that you cannot talk about peace without talking about politics. “Figueres Ferrer's decision to abolish the military was a political decision.  Considered a very risky and difficult to understand decision (to this day), this brought about solid grounds for the development of different interaction spaces and structures between Costa Rican's and their surroundings”, according to Espinoza.  This way the expose will show the different environments brought about by these events.

Thanks to ACRF's support, the association of Mares Dos, the University of Rome and the effort of those who support the initiative, Costa Rica will be one of the few Latinamerican representatives that will participate in this event.  Just as important will be the contribution from renown artists critical for communicating the peace message.

“The whole team is honored to be a part of this historic moment.  Positioning the country as a peace benchmark is a tribute to the struggle and effort of so many Costa Rican's whose vision and example created a milestone in the world's history.  Espinoza further expresses, “what better than to remember this milestone during the commemoration of World War I”.

To date, the foundation and rollout of Ecosistemas de Paz has been financed by its creators.  For this reason this group seeks help to continue promoting and creating general awareness in the world.  Silvia's vision for the future is that this initiative can become an important far reaching educational tool,that can accelerate awareness on the importance of the culture of peace and non violence.  In September Ecosistemas de Paz will host the exhibition pose at the Centro Cultural e Historico Jose Figueres Ferrer in San Ramon.  There are also additional activities related to the recent Peace University and Fundacion Arias Partnerships.  We hope other organizations and communities could reach out to us through our website www.ecosistemasdepaz.org.

Based on the 5 pillars of Ecosistema de Paz working groups, a select photographic expose will explain the countries culture of peace:

Thanks to the Ecosistemas de Paz open platform these pillars are depicted with over 30 photos from 6 artists.  This work will show a very intimate and personal vision on the way Costa Rican's live in a place where a culture of non violence flourishes.

In addition to the photographic expose, there will be a large display of the word Paz taken from a previously designed post card.  This custom design post card will serve as a souvenir for event visitors.  According to Espinoza: “though much needs to be done, we are proud of the road our country has taken.  Promoting aspects that we feel are important have an important role in how we define ourselves.  We hope to contribute to other countries as they construct their own peace identities, all of which seek a more peaceful world”.

An international exchange platform for debates and information on diverse peace and non violence related themes.  This will be a true tribute to all existing peace initiatives.

2014 is the 100 year mark from the beginning of World War 1 provoked by the assassination of the Austria-Hungarian hire to the thrown in Sarajevo the 28th of June 1914.  This date is viewed as a symbolic reference point for world domination, structural and cultural violence in a century of “war culture and violence”.