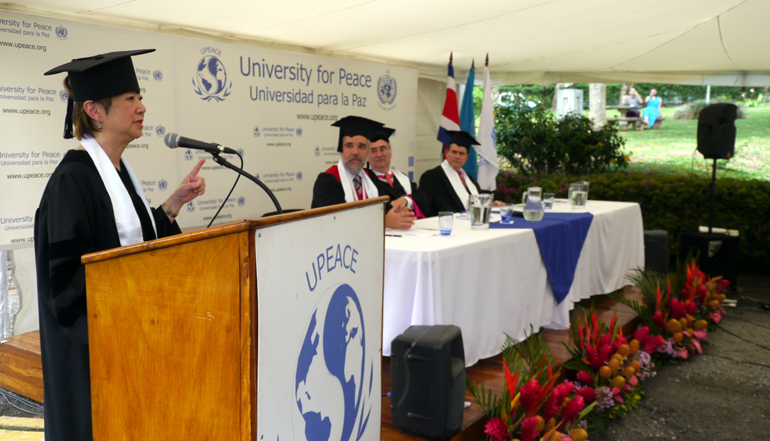 21 May, 2014. University for Peace Campus - The University for Peace  (UPEACE) celebrated the closing ceremony of the academic year 2014 on Friday, 23 May on the Rodrigo Carazo Odio Campus. Students from 45 countries, including 7 Costa Rican students, completed their studies.

The guest speaker at the ceremony was be Ms. Judy Cheng - Hopkings, Secretary General of the United Nations Peacebuilding Unit and member of the University Council.

Under the mandate of the United Nations, the University for Peace currently offers nine in-class Masters programmes, an on-line Masters and a Doctorate in the areas of Environment, Development and Peace, Gender, International Law and Human Rights, Peace and Conflict Resolution.

With the support of the Inter-American Human Rights System, for this academic year 2014-2015 (beginning in August) UPEACE will offer two Masters in International Law in Spanish.