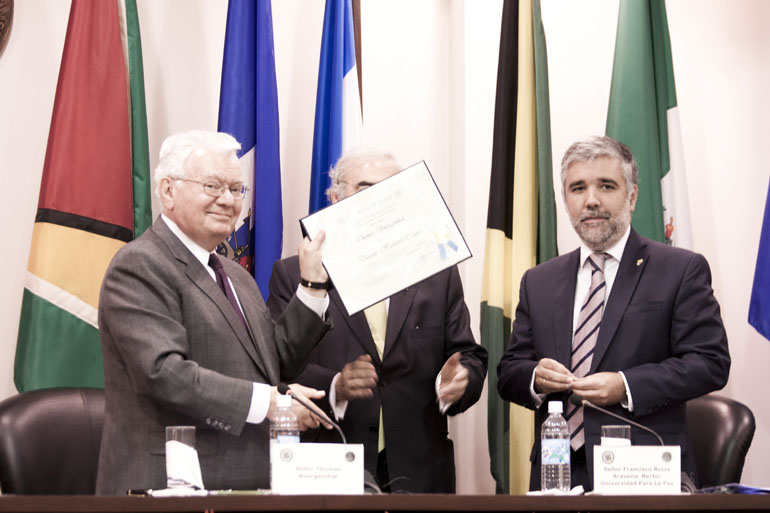 22 August, 2014. IACHR, San Jose, Costa Rica - The judge, professor and Human Rights Scholar, Thomas Buerguenthal received an honorary doctorate degree in recognition of his leadership and promotion of human rights, including the founding of the Inter-American Court of Human Rights. The honorary doctorate was granted during a ceremony at the IACHR in San José, last Friday 22 August.

“Having committed my life to the struggle for human rights and peace, I consider it a very special honor and privilege to receive an honorary degree from an University that dedicate it itself  to study peace and human rights as a subject in a region that had fight to long, been victimized by the opposition of peace”, said Buerguenthal. “…I’ve receive a number of honorary degrees,  but none as an meaningful to me, as to receive one from The University for Peace, in this country, which has meant so much for me” added.

Buerguenthal served as a judge on the court from its founding in 1979 until 1991. He was president of the court from 1985 to 1987. In 2000, Buerguenthal joined the International Court of Justice at The Hague, in the Netherlands, where he served until 2010. Buerguenthal, a U.S. citizen, was active in the 10-year effort to create the Inter-American Court of Human Rights here in Costa Rica.

Born in Slovakia in 1939, Buerguenthal was one of only three children who survived the death march to the Sachsenhausen death camp from the Auschwitz camp, an ordeal that claimed the lives of thousands. He and his mother were liberated from the camp in 1945. His father was killed days before the end of the Second World War (TT Nov. 9, 1979). Buerguenthal emigrated to the United States in 1951 and eventually graduated from the New York University School of Law in 1960 and received a Doctor of Juridical Science from Harvard Law School in 1968. 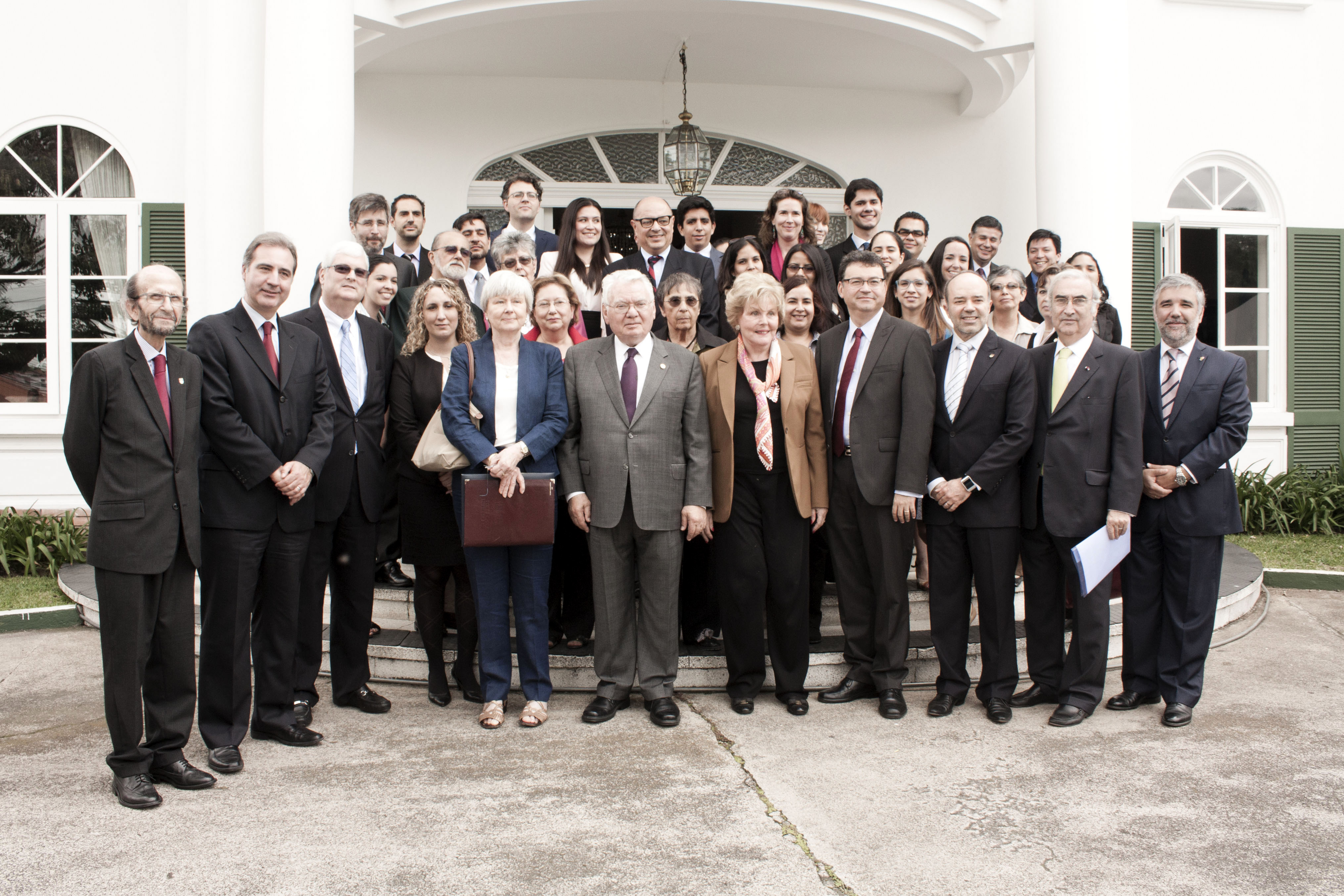