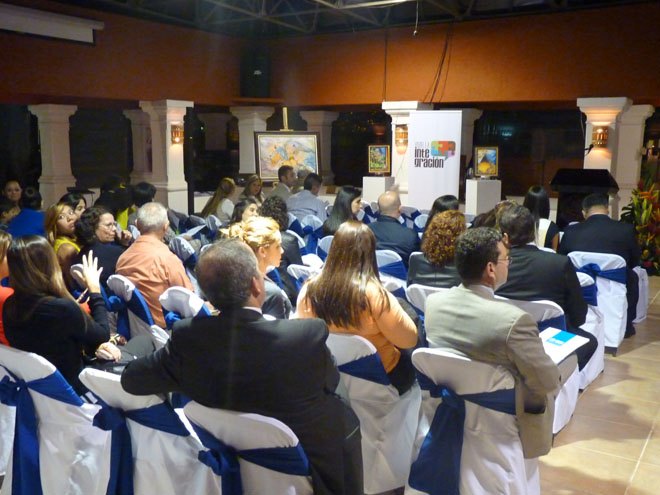 12 September, 2014. San José, Costa Rica - The award ceremony of the programme “Vivir la Integración” was held on 19 June, as part of World Day for Refugees, in which 36 awards were given, of which 33 were given to private companies and universities and 3 to state institutions. UNHCR granted the award to the University for Peace in appreciativeness for the 3 full scholarships offered to refugees during the academic year 2013-2014.

The programme “Vivir la Integración”, aims to assist and guide institutions and companies in incorporating strategies and actions in order to integrate refugees in their activities.

This is the first of what will be an annual award ceremony which seeks to make visible and encourage the work of public and private organisations.

40 million people worldwide are victims of forced displacement. Thousands of refugees from over 40 different nationalities live in Costa Rica, most of them from Colombia, Venezuela and neighbouring Central American countries. Each year more than 1,000 refugee applications are received in Costa Rica. 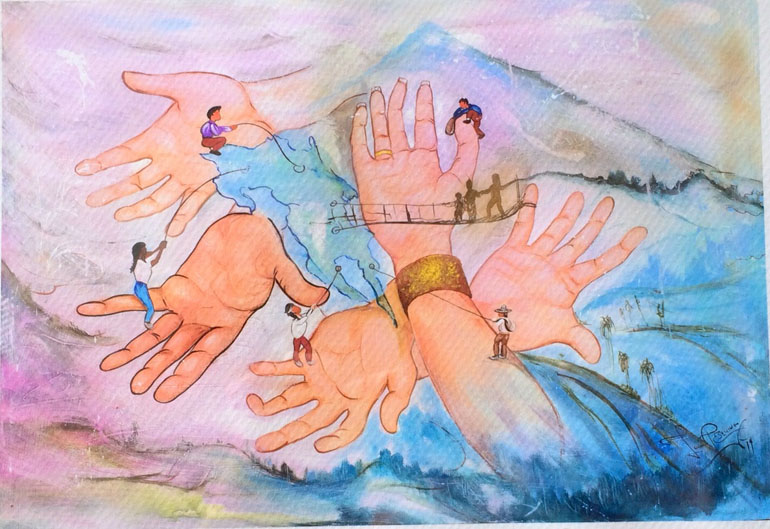 In recognition UPEACE was given a serigraph by author Juan Pablo Esquivel entitled “Emigrantes”.

Video on the programme in Spanish