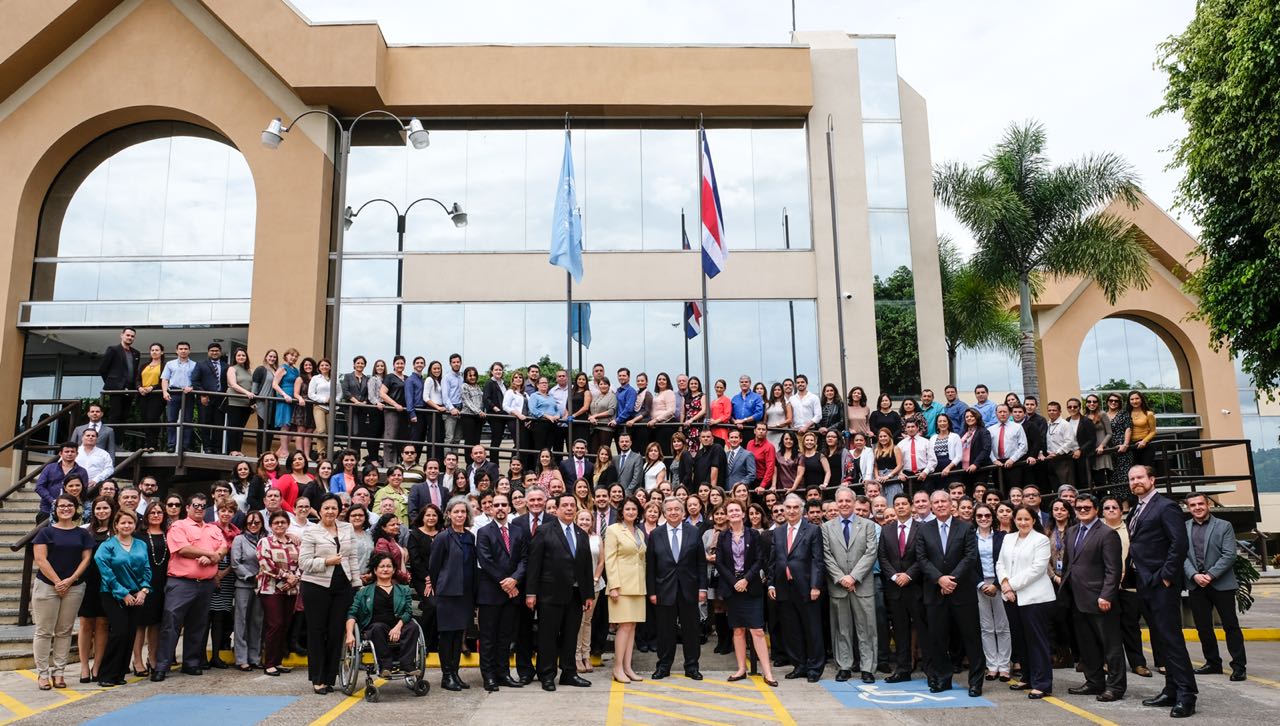 16 July 2018. San Jose, Costa Rica. On 16 July 2018, the University for Peace had the honour of participating in a series of activities organized in honour of the visit of UN Secretary-General Antonio Guterres, who travelled to Costa Rica in order to attend the 40th Anniversary Celebration of the Inter-American Court of Human Rights. As part of his trip, UNSG Guterres visited the National Center for Energy Control (CENCE for its name in Spanish), as well as an event at the Buenaventura Corrales School, which was dedicated to the 2030 Agenda for Sustainable Development. During the event, UNSG Guterres highlighted the importance of technological development, which has allowed for admirable advancements, such as a decrease in infant mortality, while at the same time noting that this has caused many people to be left behind, many regions to have lost their comptetitive edge, as well as an increase in unemployment and conflict overall. He also noted the imporetance of Costa Rica's commitment to sustainability, including its pledge to become carbon neutral by 2021.

After a brief meeting with the United Nations Country Team, UNSG Guterres addressed the entire staff of the UNCT gathered for the ocassion, stating what a privilege it was to be in a country like Costa RIca, where "democracy works, and human rights are respected." After posing with a picture with the staff, UNSG proceeded to meet with members of civil society, including UPEACE Alumna Damaris Solano, representative of the Latin American Disabled Women's Alliance.

The UNSG concluded his visit by attending the celebration of the 40th Anniversary of the Inter-American Court of Human Rights.

See the details of his visit here.