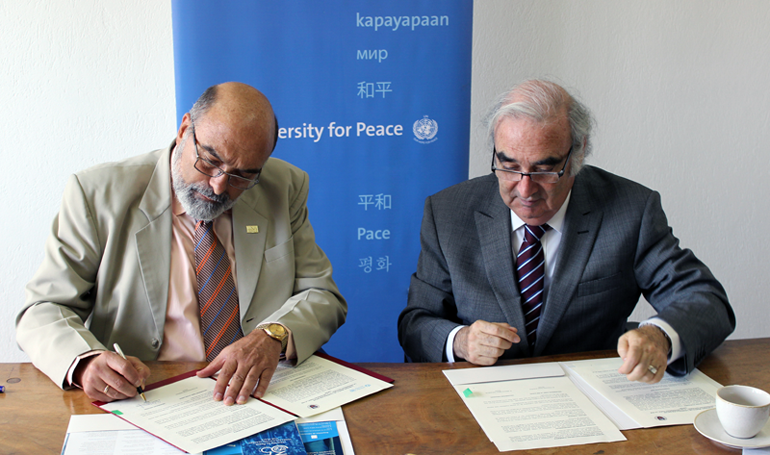 April 20, 2016. Rodrigo Carazo Campus. The University for Peace signed a Cooperation Agreement with the Universidad Nacional de Costa Rica (UNA),  in order to strengthen academic programmes on both institutions.

This agreement promotes academic exchanges between both universities and launch new joint projects in areas such as environmental protection, sustainable development, and human rights, among others.

During this auspicious event, held at the UPEACE Campus, UPEACE Rector Francisco Rojas and UNA Rector Alberto Salom spoke about former Costa Rican President and UPEACE Founder Rodrigo Carazo and his legacy, as well as the possibility of organizing a series of joint events around key issues for the country and the region as a whole.

Among the participants of the signing of the agreement, were Sara Sharratt, Dean for Academic Affairs and  Distinguished Professor and Coordinator, and other delegates from UNA.

The University for Peace is thrilled to align itself with such a longstanding and reputable Costa Rican academic institution and looks forward to the work ahead.